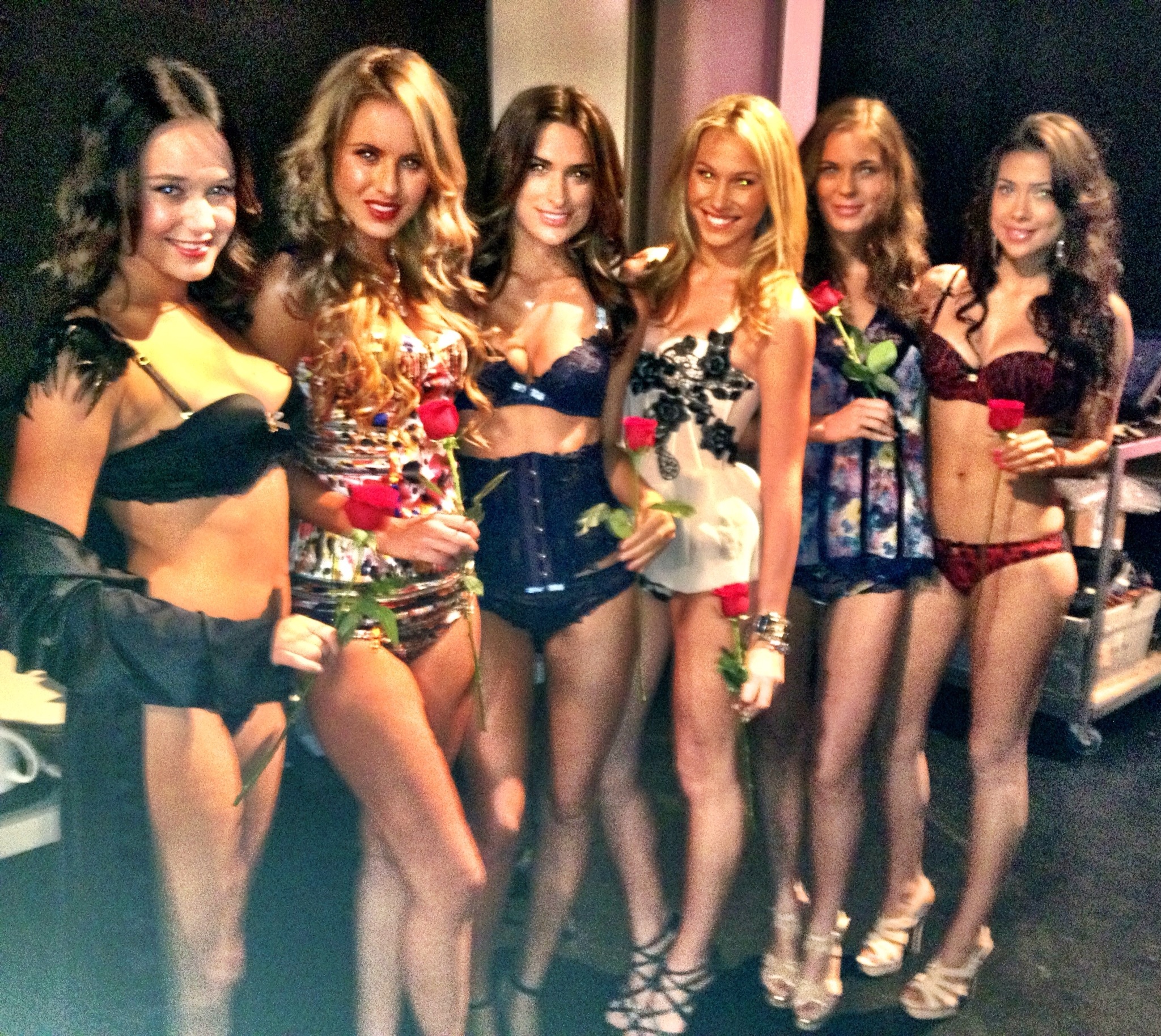 Go find a nice cave instead. After leaving Leadfield, the road runs through a dry wash and, unsurprisingly, this area is prone to flash flooding. It looked like some serious water had been through not long before, judging from the deep channels, twisted plants, piles of gravel and unexpectedly placed debris in the sandy, rocky canyon floor.

The cliffs around the road tower thousands of feet above you. The last mile and half before you enter Death Valley is the most spectacular part of Titus Canyon because the cliff walls constrict to less than 20 feet across in some places.

This slot canyon has no place to pull over. Next stop: Eureka Sand Dunes. Our route took us to Big Pine Road, a wash-boarded dirt road that stretched to the horizon, disappearing from our sight before we could ascertain its route up and over the Last Chance Mountains.

Off we started up road, which was teeth-chatteringly wash-boarded, featuring sections where water had carved dry stream beds across the road on its way to the valley on our left.

Although we initially went with the theory that going faster on a wash board reduces the roughness of the road an idea proven by Mythbusters, FYI , we soon found the downside: those rocky little ditches come up really quickly with that technique.

Crankshaft Crossing, with an appropriately ornamented sign, marked a fork in the road. We went left and climbed a winding road that took us over the mountains through Hanging Rock Canyon.

We passed an abandoned mine and even hit a patch of paved road before finding South Eureka Valley Road.

The road to the dunes was just as wash-boarded as Big Pine Road, unsurprising given that Death Valley is known for its notoriously bumpy, rocky dirt roads.

In the distance, the sand dunes rose suddenly from the floor of a valley ringed with mountains, some snow-tipped. As we rounded the road toward the campground, we noticed something deeply distressing.

Lots of people, by our measure. None of the cozy little spots with a picnic bench and metal fire ring were open, with the exception of one or two a few feet away from people who had already set up camp.

I had not driven eight hours to have strangers camping twenty feet away from me. We had already decided that if the campground was full, we would find a spot off the road, so we continued on away, I might add, from the outhouse, the only latrine in the area.

We drove past the campground and noticed there were cleared areas on either side of the road obviously intended for camping, but an open area was all you got.

We took one of these spots, which was out of sight of the campground. I was aghast that I could still see other people, although my hubby and son kept insisting our closest neighbor was at least a quarter mile away.

Wilderness markers all around reminded us to tread lightly. Recent rains had left a damp desert floor, evident in the cracked clay all around us.

Our entire view to the south was of the magnificent Eureka Dunes. I took pictures while the tents went up, and then it was time to fix dinner and wait for the sun to go down and the stars to come out.

Right after sunset, a sliver of sky remained open above us although low-lying clouds obscured the majority of our view. We all watched this stretch of partially clear sky as it got darker and more stars appeared.

A tiny section of the Milky Way peeked through, and even with the clouds, we could see more stars in that slice than in the whole night sky back in Vegas.

And then the clouds covered up the stars and we marveled at the darkness. We could still see the horizon, with the clouds giving off enough reflection for us to be able to make out the dunes.

We all wondered if the light reflection was from Las Vegas and concluded it was possible. Eventually, we ran out of things to do and climbed into our sleeping bags to try to go to sleep.

The cold had become bone-chilling at that point, far beyond what I had expected. I had a hat on and a blanket over my head, plus a sleeping bag and a couple of blankets over the rest of me, and any portion of skin that hit the air immediately felt like it was frozen.

Most predictions for the park were for the southern regions like Furnace Creek, and they indicated about 38F for the overnight low. I had guessed we would be around freezing.

At about , my hubby began trying to fill up his air mattress, unsuccessfully, in no small part because of the cold. I was in mine, but it fit me so tightly I felt like a synthetic fabric sausage.

Fortunately, my hubby had insisted we bring essentially every blanket in the house, due to some traumatic incident he suffered as a young man which involved unexpected, unwanted spooning with another dude on a camping trip because of uncommonly cold weather.

As it so happened, we had picked the winter solstice for our adventure, which meant we got to enjoy the intense cold for the longest night of the year.

Had we been able to see the night sky, it would have been a jackpot for night sky viewing time. I got about two hours of sleep before the sun started to rise.

I was just looking forward to breaking camp and warming up inside the truck. I wrapped myself in as many layers of clothing as I could get on and proceeded to the truck to check the temperature.

It was 28F. Our pillows had become crunchy during the night. The inside of our tents had tiny ice crystals from our breath.

We were a combination of amused, horrified, and proud. We made some coffee and set about breaking camp as quickly as possible. My son and I had originally planned to climb the dunes before we left, but we took that off the table since we were not properly outfitted for the cold.

Instead, we explored the base of the dunes and the campground, which emptied out fairly early in the day.

When we reached the pavement, it felt silky smooth. We immediately gained a whole new appreciation for asphalt.

We soaked up the afternoon sun, enjoying the golden winter light and the dramatic desert around us. The Zook had sustained a bit of damage: a broken sway bar mount and a busted heater core, but nothing that would keep us from making it back to town.

Then, just like that, we were back on US95 headed back home. I was right: it had definitely been worth a sleepless night.

And then some. All photos by Terrisa Meeks. Last year was a great hiking year for me, and one of the best hikes I did was the Kraft Mountain Loop in Calico Basin.

This year I've spent more time at my desk than on the trail, sad to say. I'd almost forgotten about this trail until I found these pictures when I was cleaning out my phone's storage.

As it turned out, my hiking partner and I did the trail going up the wash as opposed to going down it. Here are some pics I shot that day.

It was just a little overcast, perfect for keeping cool while hiking. All pictures by Terrisa Meeks. Sixty-four years ago today, a plane crashed at Mt.

Charleston on this date decades ago. On November 17, , a C military cargo plane traveling from Burbank to Area 51 went off course, hit that terrible storm, and ultimately crashed into Mt.

Charleston about a half a mile from the peak. All 14 men aboard were killed. For decades the remnants of the plane littered the area around the trail to the peak of Mt.

One of the most distinctive pieces left was a propeller, twisted and gnarled. I saw it when my hubby and I made the peak in , and we, like everyone else, simply knew a plane had crashed there.

Today the propeller is part of a memorial to the men of USAF Flight , which is next to the Silent Heroes of the Cold War memorial for those who served during those years.

Not until I visited the memorial with my husband, who is himself a Cold War veteran, did I learn the whole story of the crash.

Plaskon in the gift shop and learned the true story behind the flight. The book starts out with a thorough background of the Nevada Test Site, where the infamous Area 51 is located, and its role in atomic testing as well as the development of the U2 spy plane.

The flight from Burbank to Area 51 was a regular flight taking people who were working on the U2 back and forth on a daily basis.

On the day USAF Flight took off from Burbank, the flight was a little late taking off because the pilot waited to see if one of the regular passengers would show up he had overslept, which was a lucky thing for him.

At a little after 7 a. The flight took a route through the mountains and according to the book, near Goodsprings it went radio silent, flying without contact with the flight tower as it made its way toward the Test Site.

Unfortunately, a storm was approaching and they were blown off course to the east. The pilot was flying by sight, but the storm clouds made that difficult.

The disoriented crew soon realized they were in trouble. At a. A team that included Sheriff Butch Leypoldt led 17 horses to the crash site to bring the bodies back down, a gruesome chore carried out in the midst of terrible storm conditions.

The entire incident might have gone unremembered had it not been for Steve Ririe. Ririe had seen the crash site and became interested in knowing more about it The Cold War had no battles to feature on the nightly news.

It was, however, a pivotal time in world history when the entire world was holding its breath in the hopes of averting a disaster, a time of secrets and spies that still holds mysteries like Flight Charleston were instrumental in its development.

Charleston, take a moment to stop at the memorial. Ponder the propeller, preserved as it was found at a little over 11, feet. They deserve remembering.

Labels: Area 51 , Flight , Mt. When you live in a famous city, you get used to reading about your hometown. But very few Vegas-based books have a truly local setting.

East St. The Strip, a. The Boulevard. Louis Boulevard. Stuff You Should Know. Josh and Chuck have you covered.

A nice surprise: in each episode of SmartLess, one of the hosts reveals his mystery guest to the other two. What ensues is a genuinely improvised and authentic conversation filled with laughter and newfound knowledge to feed the SmartLess mind. 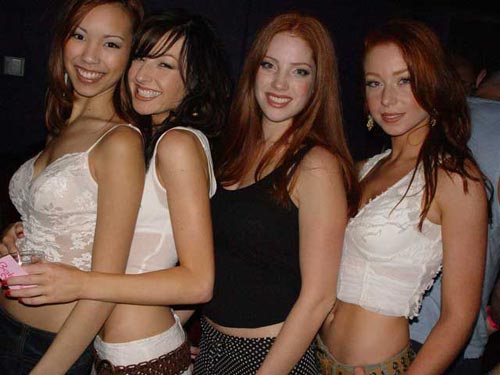